Cadia Cox is the pen name under which Award-Winning Author Muffet Frische writes contemporary romance. She has published three novellas in the Coral Cove series: Heart’s Desire, Double Shot of Love, and Mistletoe & Macaroons. Also, the entire series is available in The Coral Cove Series: Three Holiday Novellas.  Double Shot of Love is the Award-Winning Finalist in the ETWG Blue Ribbon Cover Awards 2017, and Mistletoe & Macaroons is the Multiple-Award Winning Book taking 2nd place in the 2017 “Heart of Excellence Readers’ Choice” Awards and awarded Finalist in the 2017 “When Sparks Fly” Awards! 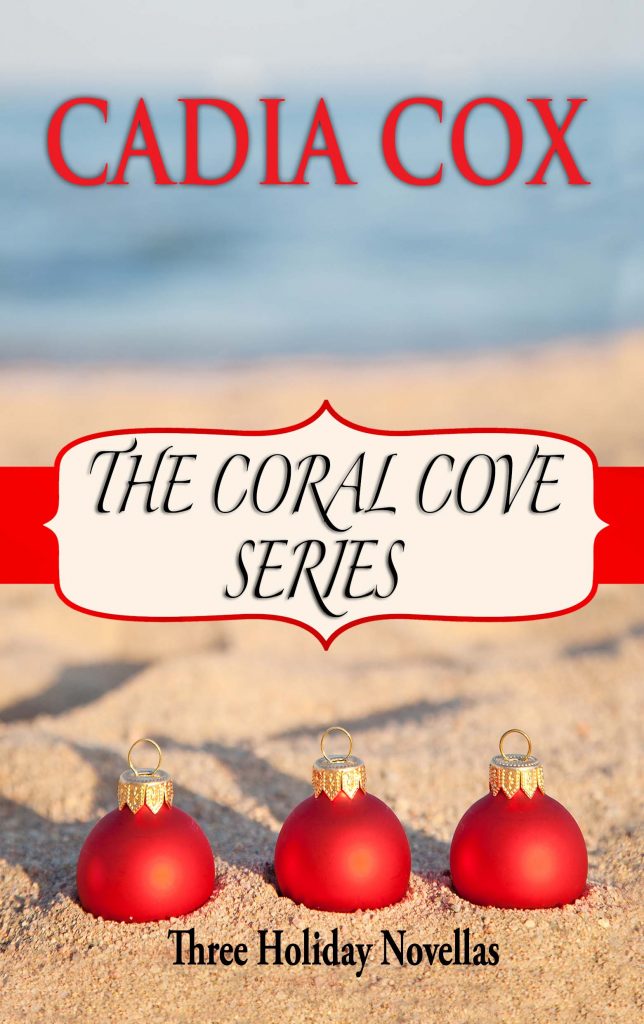 What do Valentine’s Day, Halloween, and Christmas have in common?

Now, all three novellas in the Coral Cove Series are available in ONE BOOK! (And be sure to check out the recipe following each novella!)

The Coral Cove Series: Three Holiday Novellas is available as an eBook and paperback here. 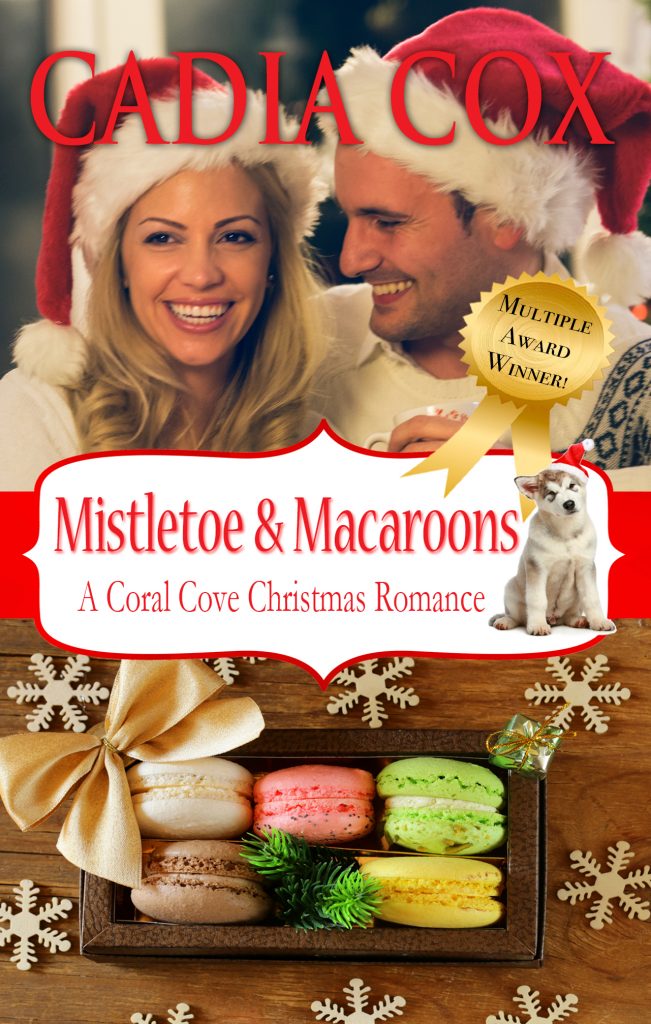 Get your eBook copy of Mistletoe & Macaroons by clicking here! 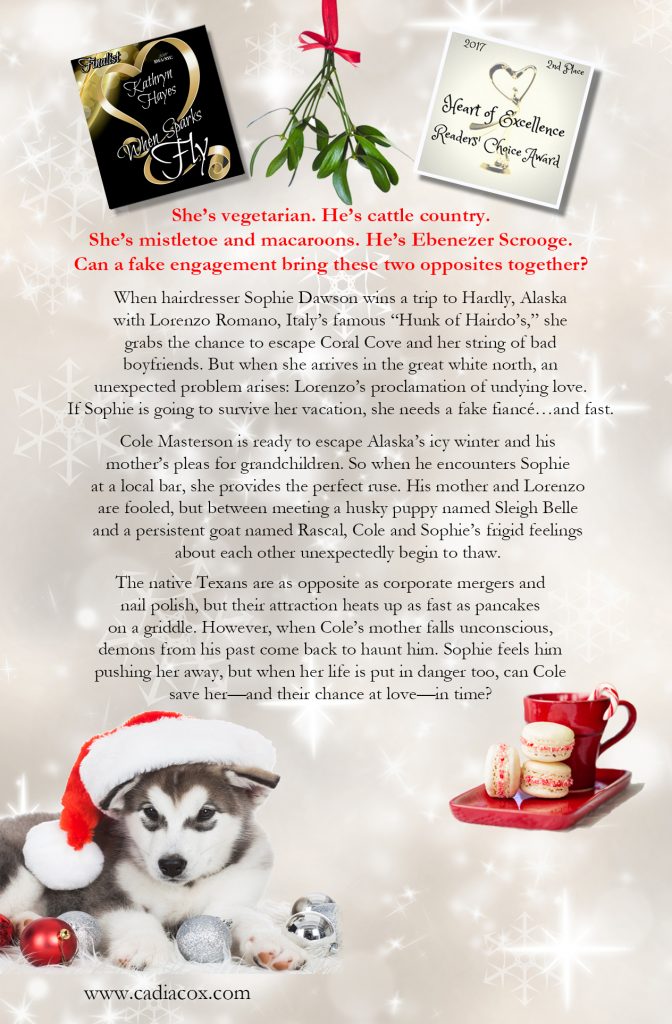 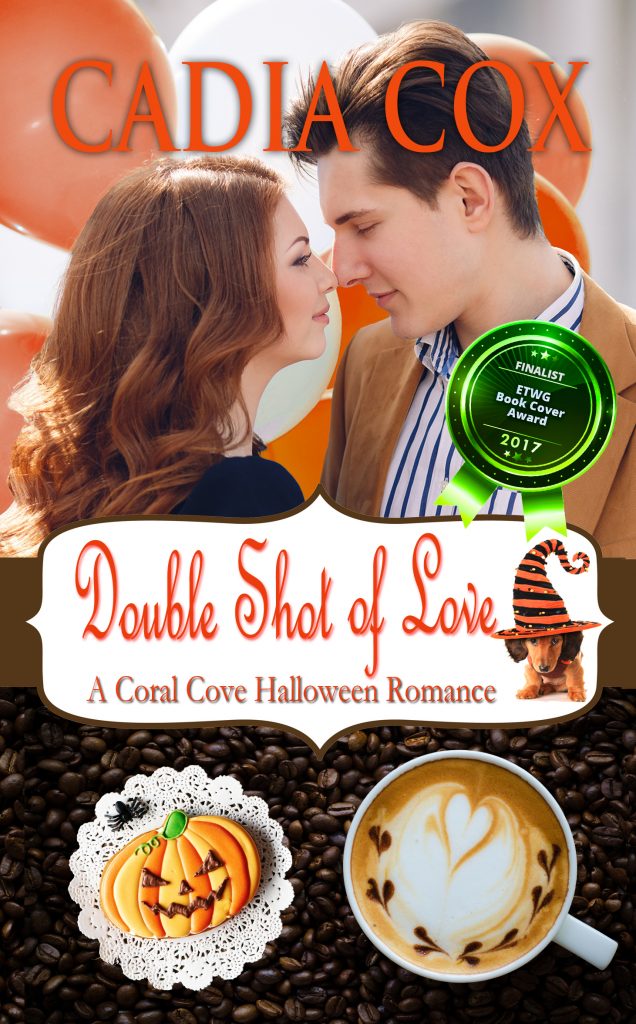 AWARD-WINNING Finalist in the ETWG Blue Ribbon Cover Awards 2017, Double Shot of Love is the second novella in the Coral Cove Series and is a Halloween romance!

Jack Peterson left Texas to seek out adventure and a new life as a hot shot barista in Seattle. But even two thousand miles wasn’t far enough to keep a certain fiery redhead from haunting his dreams. Unable to fight his desire for Melanie Baker any longer, he returns to Coral Cove to open a new espresso bar—the Jack O’Lantern—next to Melanie’s chocolate shop. She is the only woman who can make his temperature soar, but when things heat up for Jack, he finds winning her heart back is trickier than he thought.

Melanie doesn’t know the difference between a cappuccino and a Frappuccino, but she knows a self-centered ex-boyfriend when she sees him. She banished Jack from her heart years ago, but between failed Halloween recipes, an absentee sister, and Jack’s return, the small-town Texan with a penchant for cowboy boots senses trouble brewing. She finds it difficult to separate “high school” Jack from “grown-up” Jack, but after years of being abandoned by everyone she loves, she fights the temptation to give him another chance.

When a stray dachshund links them together, can Jack and Melanie overcome their past and grasp a second shot at love, or is it a Halloween recipe for disaster?

Be sure to check out the recipe for Creepy Cauldrons at the end of the book! It’s a fun addition to your Halloween celebration!

Double Shot of Love is available as an ebook here! 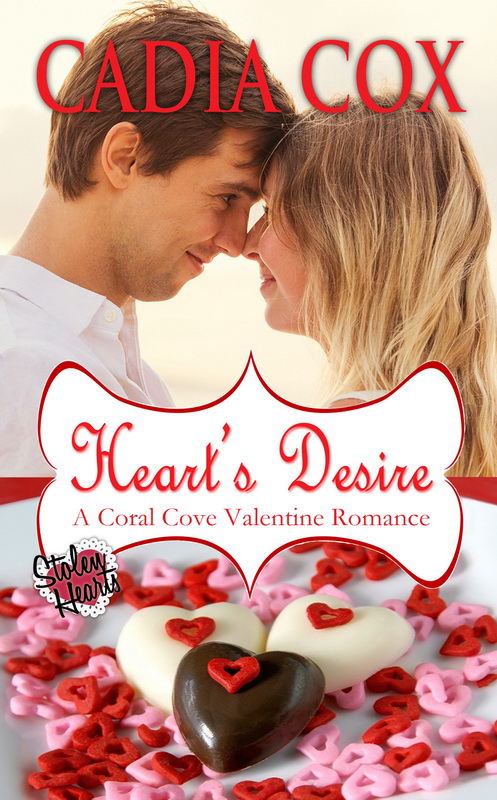 Heart’s Desire is the first novella in the Coral Cove series and is a Valentine romance!

Chocolate makes everything better, until it goes missing!

Cassandra Baker is a small-town Texas chocolatier intent on one thing, and one thing only: making Decadent Desserts a success. But on the eve of Valentine’s Day, her largest order ever for her signature chocolate creation, Heart’s Desires, goes missing, and the head of Sterling Industries is fuming. He demands she deliver the order personally to Arizona by five o’clock the next day, or he will put her company out of business. There’s only one problem: the shipping company is closed, it’s a twenty hour drive, and she’s terrified of flying.

Nicholas Sterling hates Valentine’s Day and has sworn never to fall in love again. When his father passes away unexpectedly, the Air Force pilot returns home to help his mother, Dolores, run the family business for a year before joining the Reserves. But transitioning to civilian life has its challenges, and he lashes out at everyone, including the owner of Decadent Desserts. In memory of his father, Nicholas promises Dolores he will give a “Chocolate Bonus” to the employees, but time is running short, and his order has vanished.

When Dolores talks Nicholas into flying the company plane to pick up replacement chocolates and bring Cassandra back with him to insure they arrive in perfect condition, it’s all he can do to control his attraction to the quirky, determined chocolatier and convince her to join him. After all, she’s never set foot on a plane…and never intends to!

Be sure to try out the original recipe for Heart’s Desires at the end of the book!

Heart’s Desire is available in both ebook and paperback here.

Be the first to know about upcoming book releases and events!

Thanks so much for subscribing!