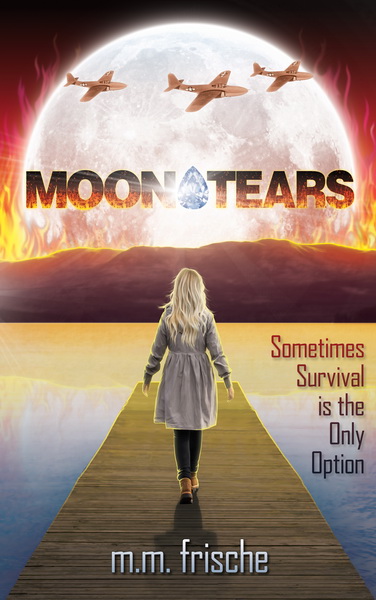 FRESH OFF THE PRESSES!

“In a historical novel set over four years and loosely inspired by real-life events, Frische introduces a group of children who have to work together if they want their town to survive WWII. Frische ably describes the hardships the children contend with, and tension runs high when Lou has to negotiate medical emergencies…Readers…will get a sense of the challenges that citizens of all ages faced during WWII.”  Publishers Weekly/BookLife

For readers from 12 to 112, MOON TEARS  is the incredible story of an American girl’s fight to survive during World War II.

1941. War. It’s coming. It takes your father. It takes your mother. Life will never be the same. Not for Lou Davis. When fog requires Japanese dignitaries to reroute their flight from San Francisco to Claret Lake, fourteen-year-old Lou becomes suspicious about the direction of the war. Two weeks later her dreams of becoming a pilot are ripped away when Pearl Harbor is attacked and an error in the 1940 census results in every male over eighteen being drafted and all the women being forced to work in factories on the coast. Lou and her asthma are left behind—and in charge. She has a secret crush on the oldest boy left in Claret Lake, but after her parents are taken from her, she feels alone and abandoned. Running a town full of unruly kids is worse than a full-blown asthma attack, and the only thing she sees looming on the horizon is the enemy’s plane and a boatload of disaster. How is she supposed to save a whole town when harsh winters descend, food becomes scarce, and the enemy threatens to destroy everything she has fought so hard to protect? Then Lou remembers the ancient legend…the legend of the moon tears. Staking her town’s survival on lore from the past, she channels her inner Amelia Earhart and takes off toward an unknown future. Inspired by true events, Moon Tears is a coming-of-age tale—a tale of war, a tale of loss, a tale of survival.

HERE’S WHAT IS BEING SAID ABOUT MOON TEARS:

“A fascinating account of a ragtag group of children trying to keep their remote California town alive while their parents serve on the battlefields and in the factories of WWII, Moon Tears is a touching story of youth’s resourcefulness and resiliency.”

“I am so excited about your book. I finished it recently, and it is an amazing story! Lou might even rival Katniss Everdeen for our students.” 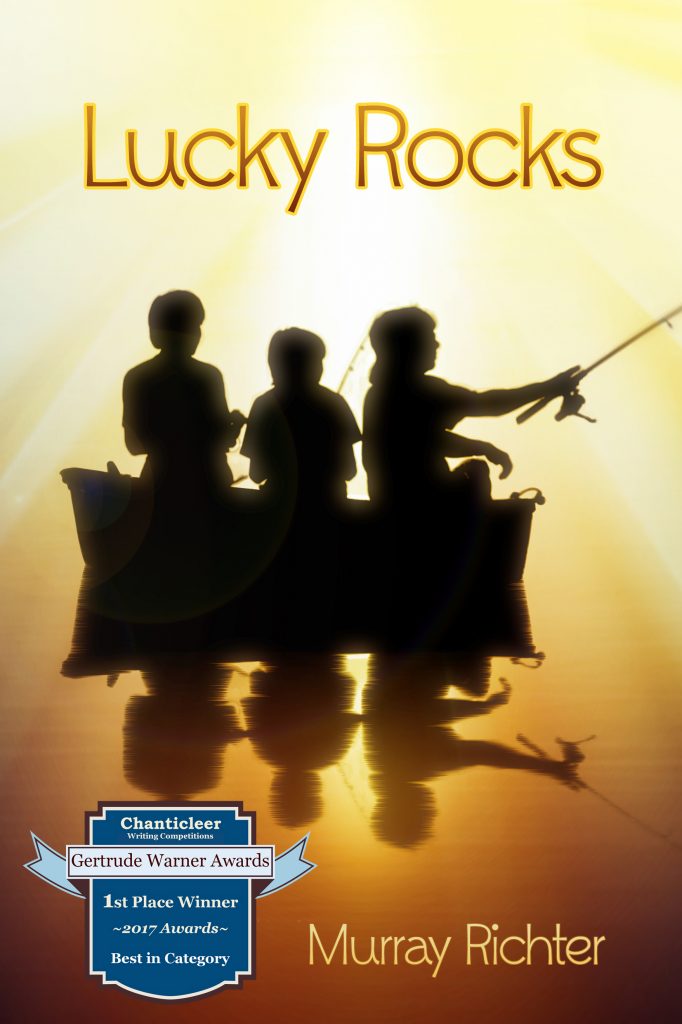 Led by a one-legged World War II vet, Kevin, Preech and Rudy face a summer they’ll never forget. From fishing to endless pranks that would make the most seasoned trickster jealous, they think they have the answer to all of life’s mysteries. But as the steamy Texas days of summer roll by, Kevin and Preech discover Rudy’s secret – a secret that could change their lives forever.

Here’s what is being said about Lucky Rocks:

“Packed with adventure and heart, LUCKY ROCKS will make you laugh and leave you wanting more!”  –Lori Ann Stephens, Award-winning author of SOME ACT OF VISION

Be the first to know about upcoming book releases and events!

Thanks so much for subscribing!